The Bear Scratch is a ski line that is not often skiable. It takes a LOT of lake level snow for this to be in consideration and just the right storm to get people excited about it. Snowpocalypse 2017 was that storm!

Even though I didn’t have school and Zack didn’t have speech in Reno this week, he had Saturday in mind for this ski. It worked out great because our friend Will texted and wanted to ski together and our friend Sara has been waiting 16 years.

After climbing a little more than 2,000 feet straight up, we traversed across to get to the gully we wanted to ski. Here’s Zack coming toward me.

Here’s Sara doing awesome even though it was a little steep for her liking. Alison is right behind her. 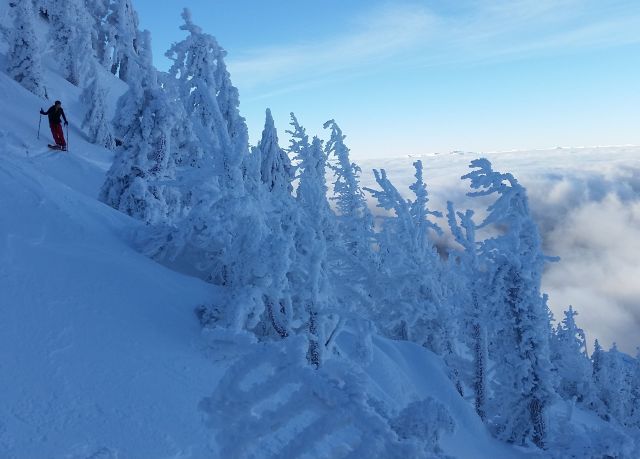 It was worth it because we climbed to the top where the sun had risen above the ridge. 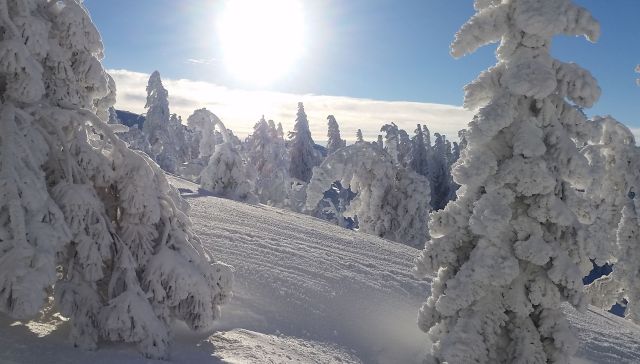 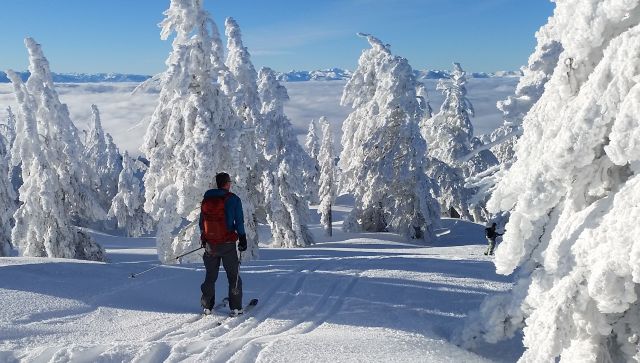 After we took our skins off, we had to down climb over some wind scoured rocks to get to the skiable snow. Jeff reassured Sara by telling her that after a little push on the bum, his dog Joppa had done it New Years Eve 2011. She does not look reassured! 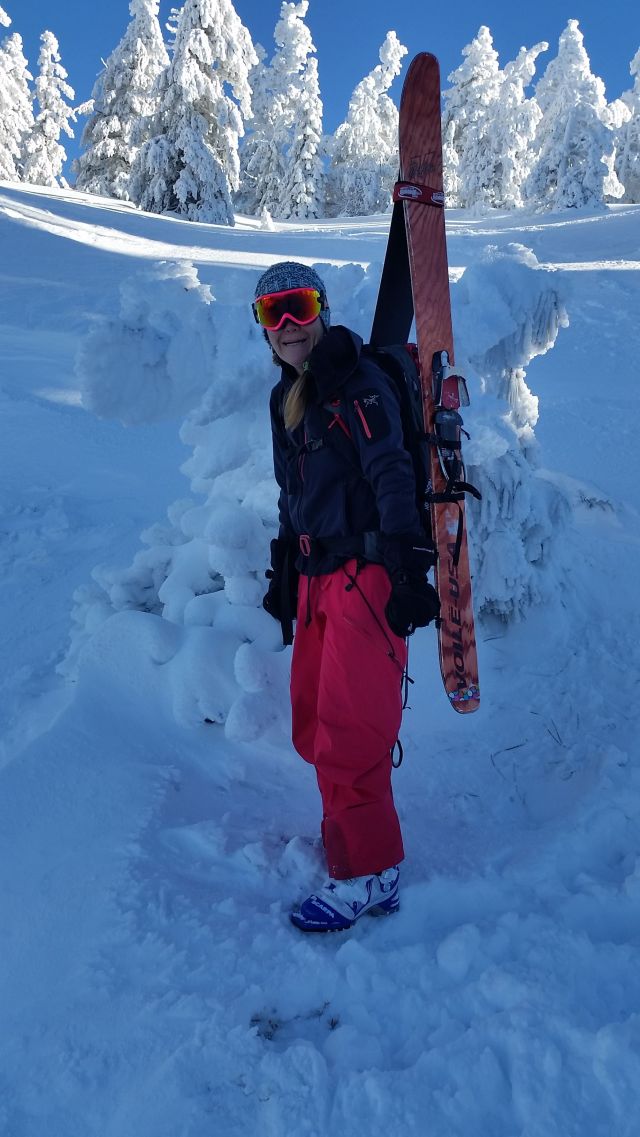 Jeff went down first and figured out the best spot for us to put our skiis on and where to wait safely. Zack went next. 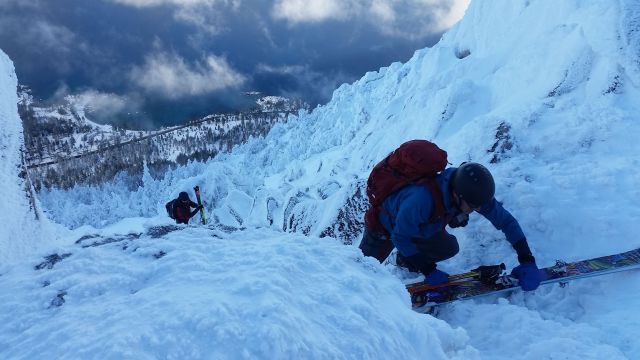 Alison went down after Will and was a total champ. It was definitely a hands and knees and feet affair. Zack was waiting just below to guide and help. 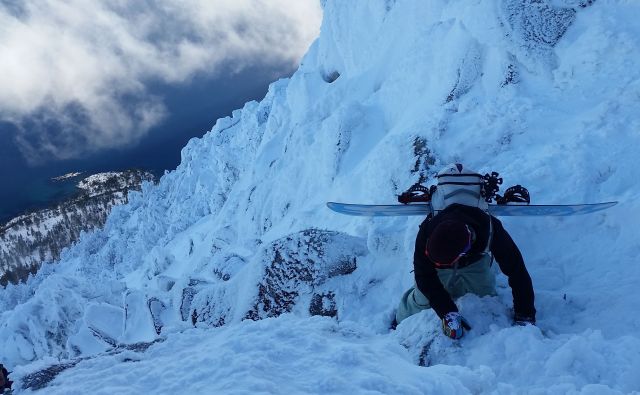 Sara went next. Zack and I worked together to make sure she knew she could do it. When Sara asked, “Where should I put my foot next?” Zack would point, I would translate ‘Right’ ‘Left’ etc and she would carefully lower her foot and find a secure spot for it. She did great! 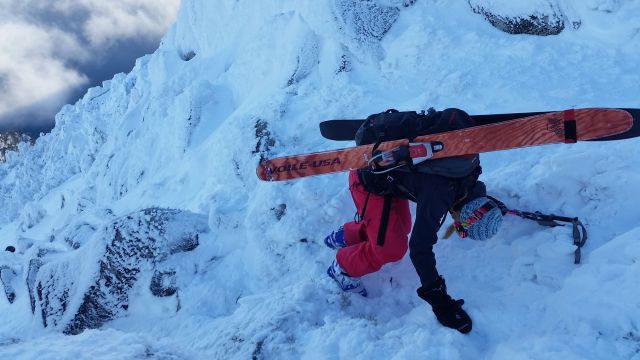 And it was all worth it! The snow was pretty variable but we were skiing down to Sand Harbor, Sara checked it off her ski bucket list and there were lots of smiles all around!

Here’s Will making beautiful telly turns down toward Sand Harbor. He’s the only skier I know who went from AT to telemark gear. #CelebrateWill! 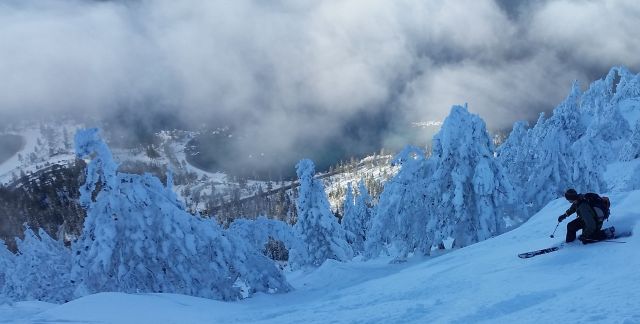 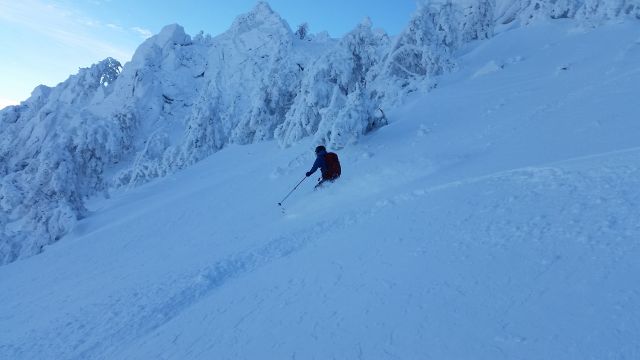 Zack and Will watching Alison ride her way down the bear scratch! 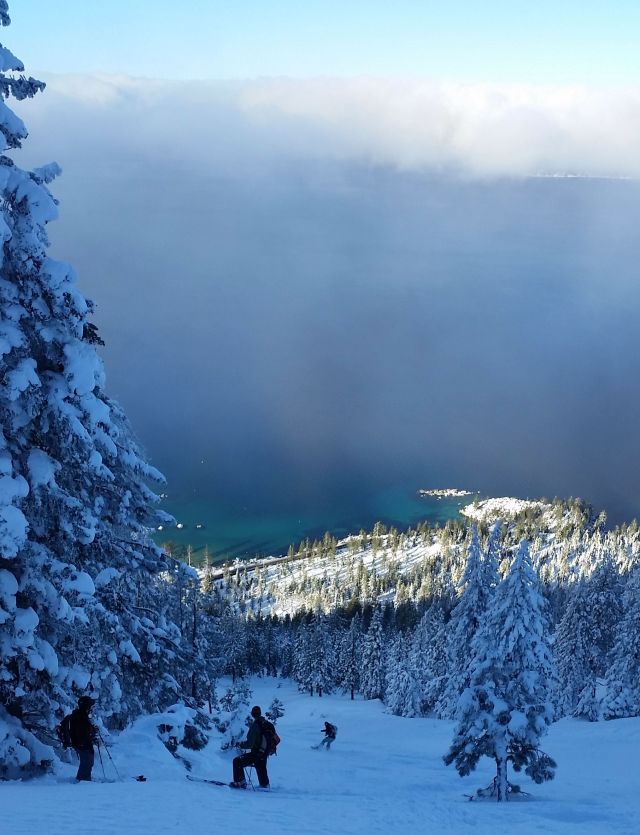 And then we got to the bottom and had some prime first tracks through the manzanita! 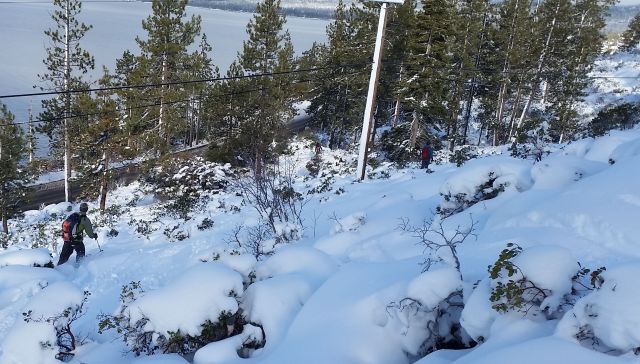 We all said sure to an early alarm clock, steep climb, brief sunshine on top, breathing through some fears and having a fun ski down a once every couple years line!